Vita Institute for the The Arts

The Vita Institute for the Arts is an artist-run non-profit arts education organization dedicated to meeting the needs of current practitioners in the arts, as well as those who desire to recommit to their creative practices. Vita Institute offers professional development programs and workshops taught by working artists with years of successful teaching experience.

Click HERE for more information on the Vita Insitute for the Arts. 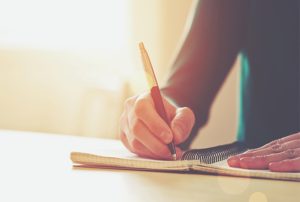 Playwrights and actors must have a strong sense of place, whether they are creating a play, acting in a play, or both. This three-session workshop will engage not only playwrights and actors but designers, directors, and writers in other genres. In addition to discussion of given circumstances and context as they relate to place there also will be plenty of creative opportunities which will enhance one’s understanding of the workshop’s key concepts.

Instructor: Paul Edwards. Cost: $90.  A minimum of 5 and a maximum of 8 will be required to hold the class. To protect those in the class all students must be fully vaccinated against Covid-19 to participate in this class.

*member prices not available for this class 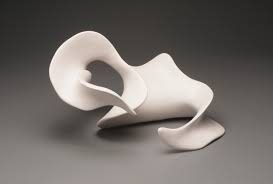 Using a hands-on approach this class will take you through the basics of creating three-dimensional forms using a “reductive” (carving) process. We will cover the different “levels” of three-dimensionality “low-relief,” “high-relief,” “half-round” and “full-round” sculpture forms.

We will be working with Activa Art Plaster, it mixes easily, is carvable, and takes exceptional detail. Its surface is super white, but it is denser than the plaster of Paris, has superior working qualities, and is non-toxic. We will be using utility knife kits for carving. (These materials are included in the cost of the class)

For your safety, you will need to provide protection, during the carving portion of the class, that protects your eyes as well as an appropriate mask (respirators are not necessary) for your nose and mouth.

Instructor: Don Seastrum. Cost: $190.00. A minimum of 5 and a maximum of 8 will be required to hold the class.
To protect those in the class all students must be fully vaccinated against Covid-19 to participate in this class.

*member prices not available for this class 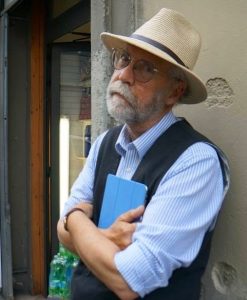 Don Eugene Seastrum, who began teaching in 1974, is Emeritus Professor of Art, holds a Ph.D. in Fine Art from the Union Institute, a Master’s degree from the University of Denver and a Bachelor’s degree from Western Colorado University.  Don’s works are exhibited both nationally and internationally. A more complete description of his background and personal work can be found at ​www.seastrum.com.

Don’s work is fundamentally that of a studio artist. He does use images of human figures, as well as what might more traditionally be called landscapes, however, the human images and landscape components are not intended to be descriptive of specific individuals or places. Rather they are expressions of ideas in pictorial form, substantive and particularized. I begin with an idea, a concept and then select images (shapes) uniting them with the other elements of composition (colors, values, spaces, line, form, texture) and manipulate those to carry the idea (content) of the piece.

At the very center of his work is the concept of the aesthetic narrative. Within this consideration, aesthetic narrative paintings are work(s) expressive of concepts, ideas, philosophies or any number of content-texts. The pieces use the power of visual images to provoke thoughts, rouse feelings and stimulate the intellect. The work may call into question commonly held beliefs, relate stories, or challenge preconceived ideas.

As a studio-based painter Don’s work has been a continuing investigation into the essence and nature of constructed images as individual entities that are neither reliant nor dependent upon a one-to-one reproduction of the subject matter referred to in the work of art, Presentational rather than Representational.

Presented in this context, the work he does is both informed and inspired by my studies into the development of a particularized visual vocabulary.  Although precisely articulated these works are rendered with no intent at a naturalistic description.  Since copying is not the desired end, it is the process of choosing specific images, colors, values, and patterns of organization for the individual compositions that become his principle creative concern.  To identify this principle of choice within the work, flattened plains and subjective color are used with objective values to underscore the distinction between the models, and the interpreted images referring to those models, stressing the fact that they are painted forms, pigment on canvas, drawn, graphite on paper, or lithographic crayons on stones hand pulled in limited additions.  The results of this procedure are compositions expressed in terms of the essential nature of descriptive, narrative works, which are presentational, unifying form to content. 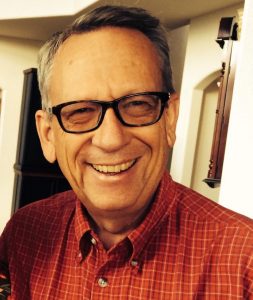 Dr. Paul Edwards is a Professor Emeritus in Theatre and Performance Studies with thirty-five years of teaching experience in higher education. He is the author of 11 full-length plays and several shorter dramatic works.  He has written, directed, and acted in over a hundred productions, has conducted workshops and taught courses in a variety of areas related to theatre and performance, and has been recognized a number of times as an outstanding educator.

Melissa Myser is an experimental filmmaker, technician, writer and educator currently based in Philadelphia, PA. Having worked in all veins of filmmaking from documentary, to narrative, to experimental performance art Myser’s teaching and creative practice revolve around the uniqueness of each makers own perspective. With an MFA in Moving Image from the University of Illinois at Chicago and a BFA in Film Studies as well as a BA in Studio Arts from the University of Colorado at Boulder, Myser’s work often weaved in and out of film and art. Having shown in film festivals and galleries across the United States, Myser’s film practice focuses on her deep familial roots in the Western US. A Colorado native, with family dating back five generations, the people and stories that inhabit her creative work seek to explore the myth of the American West and what it means to be a “contemporary westerner”. 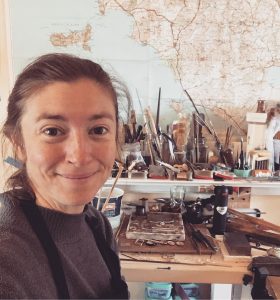 Jennifer Wells, MFA, in Metalsmithing & Jewelry Design. She has completed artist-in-residencies at: Arrowmont School of Arts and Crafts in Gatlinburg, TN, Pocosin Arts in Columbia, NC and the Jentel Foundation near Banner, WY and has worked for several U.S based Craft Schools, in a variety of roles.

As an educator, Jennifer has taught for and been a visiting Artist at Universities throughout the U.S and for study abroad programs based in Italy. Currently she serves on the Board of Vita Institute and teaches short workshops on various enameling and metalsmithing techniques throughout Europe and the U.S. In recent years she has curated multiple international exhibitions focused on jewelry and enameling.

Her work is in the collections of the Enamel Arts Foundation, the Racine Museum and Private Collections. 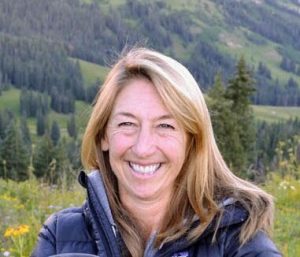 Shelley Read is a board member at Vita Institute for the Arts. Shelley’s fiction, nonfiction, and poetry have appeared in a variety of publications. Her first novel is currently being represented by her literary agent, and she is working on two new books. She recently retired as a Senior Lecturer at Western Colorado University after nearly three decades teaching writing, literature, environmental studies, and Honors. She also taught at Temple University and University of Denver and is the recipient of numerous awards, fellowships, and grants. Shelley is the editor of several books, including an IPPY gold medal winner, and has edited at Temple University Press, Foothills Literary Journal, and DU Clarion. Shelley completed a double major BA in English and journalism at the University of Denver, an MA in creative writing at Temple University’s Graduate Creative Writing Program, a summer fellowship in aesthetics at Temple University Rome, and PhD coursework and comprehensive exams in literary studies as a Dean’s Fellow at the University of Denver. Shelley is a mom, mountaineer, world traveler, and wordsmith who loves helping her students set their stories free.