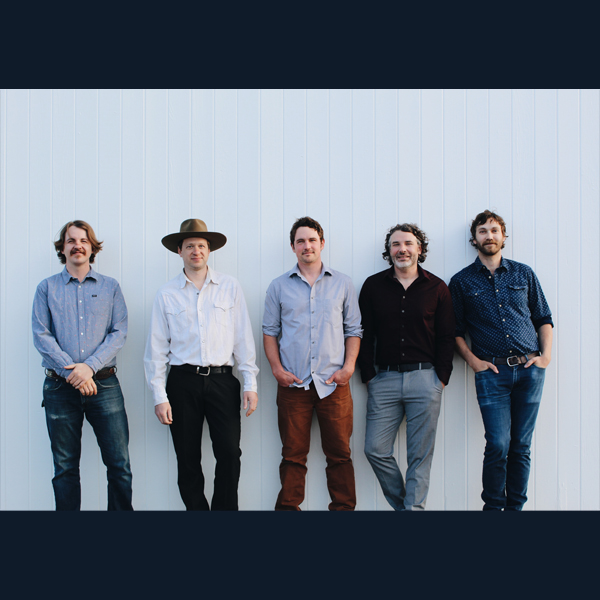 Something downright mystical is happening on Colorado’s Front Range. The very roots of traditional acoustic music seem to sprout from the dirt, shaking their dust into the winds of change, to be breathed in and become the soul of musicians who craft their songs there.

Such is the music of Wood Belly, a musical collective of Chris Weist (mandolin), Tom Knowlton (guitar), Chris Zink (dobro), Aaron McCloskey (banjo) and Taylor Shuck (bass). A Wood Belly song has its own lyrical persona and masterful arrangement; rooted in bluegrass tradition and planted solidly in contemporary innovation.

The band has been garnering attention since the release of their 2018 debut album Solid Ground, which was followed by a win at the prestigious Telluride Bluegrass Band Competition (earning them a main stage performance slot at the 2019 festival), as well as an IBMA Momentum Band of the Year nomination.

*In an effort to keep our audience members, artists, volunteers, and staff members safe,the Gunnison Arts Center will require the use of masks at all Black Box Theatre events.